Most of the island’s sights are gathered in Hermoupolis, the island’s capital, and are significant historic and architectural monuments. All of the beauty and grandeur of Hermoupolis awaits you at its stone-paved streets and alleys that you can explore on foot. Both in Ano Syros and its tiny villages, the sights worth visiting will reveal local society’s iconic evolution since the early 1800’s. 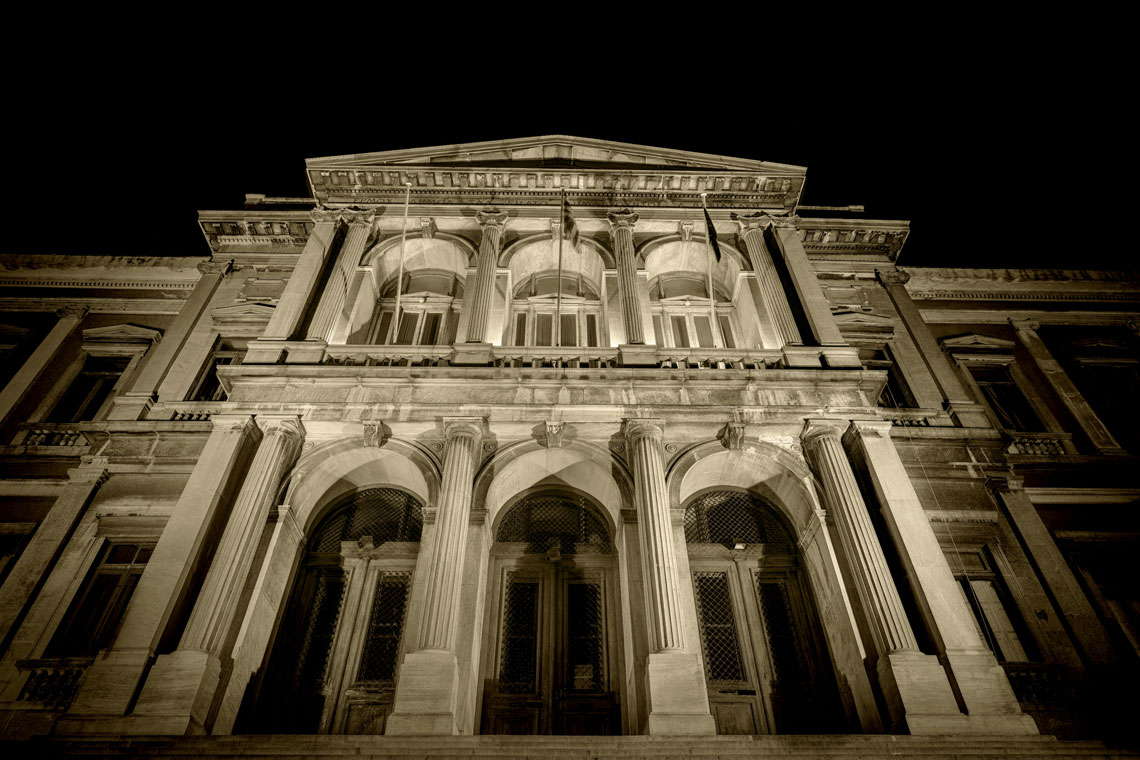 The Town Hall of Hermoupolis was not included in the town’s sites randomly: apart from being one of the most stunning town halls of Greece, it was designed (1876) by eminent German architect Ernst Ziller. Its grand staircase (width: 15.5 m), two wings with its five vertical rows of windows left and right, the portraits of former mayors, and so much more are there to grace the building and draw the public like a magnet. You’ll find it on the historical Miaouli Square, the most popular place among visitors and locals for a leisurely stroll. 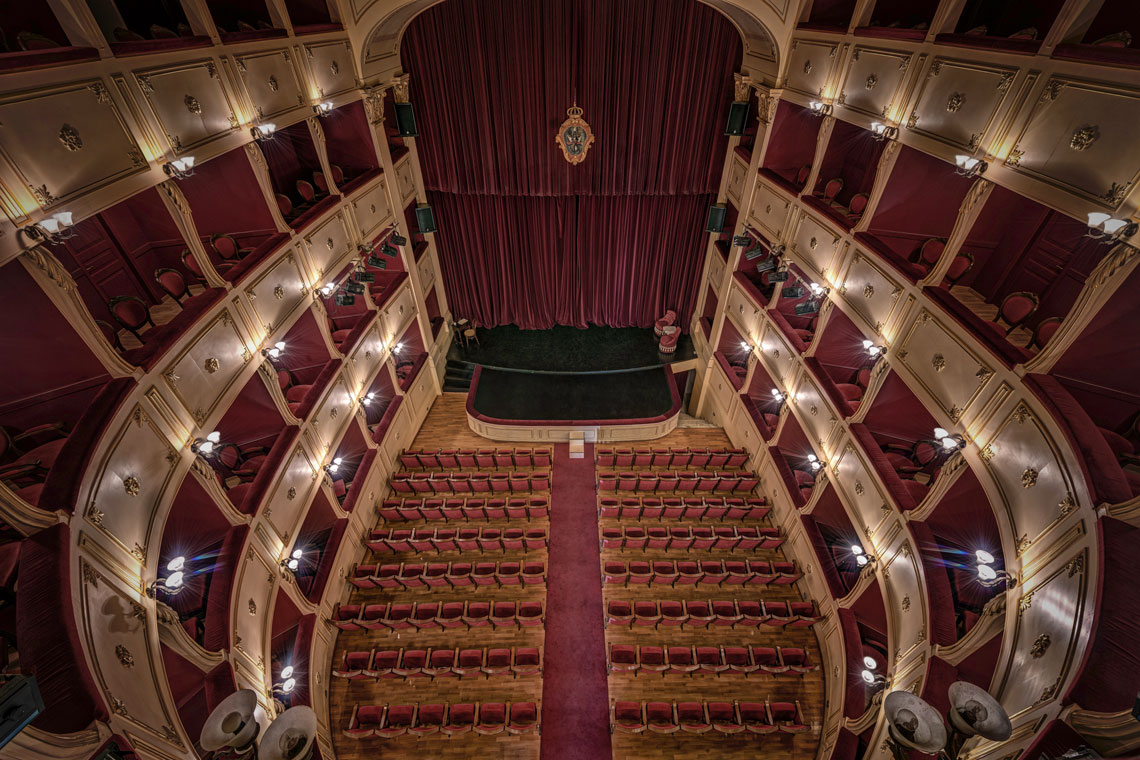 One of the city’s architectural and cultural gems, the Apollon Theater was built in the center of Hermoupolis in 1864. Designed by Italian architect Pietro Sampo, the theater’s architectural style is influenced by at least four Italian styles, with La Scala Opera House in Milan, Italy, being among them. With its major auditorium, orchestra pit, three rows of boxes, a gallery, and a magnificent marble and painted décor, the Piccola Scala will simply bewitch you. 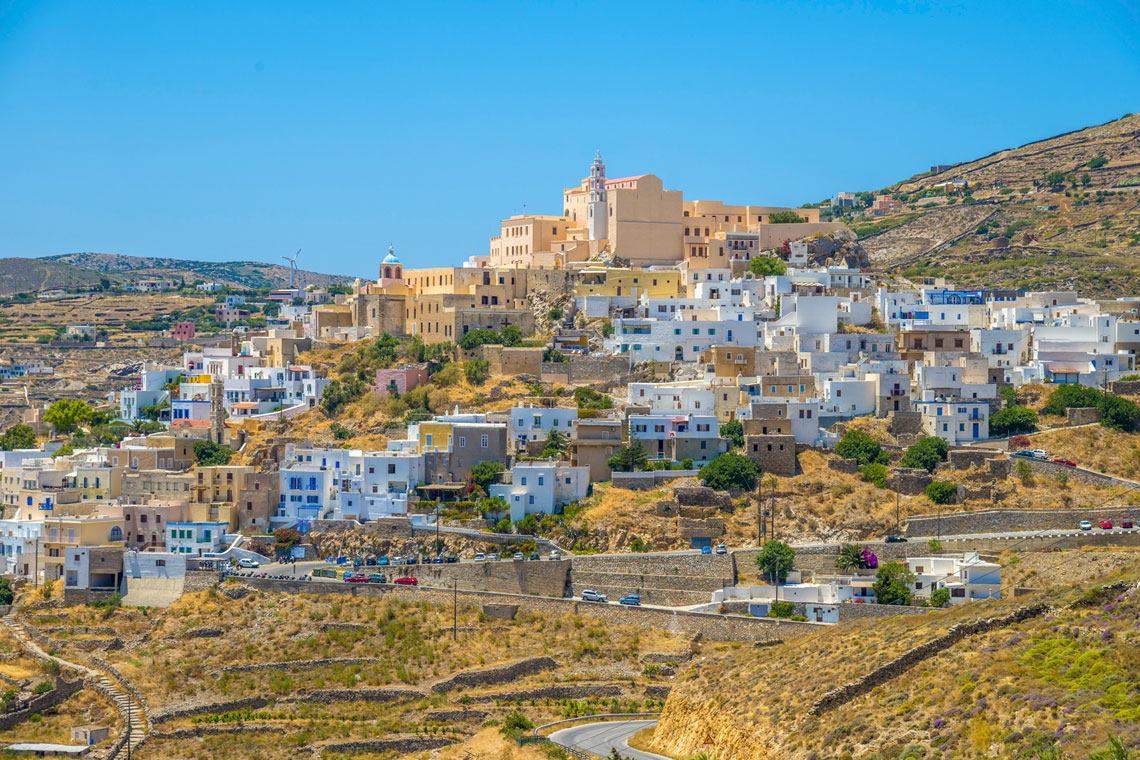 Ano Syros of the Venetians, Ano Syros of the Catholics and the San Giorgio Basilica, the birthplace of philosopher Pherecydes of Syros and of Markos Vamvakaris the “Patriarch of the Rebetiko Music” is built on a cliff over Hermoupolis where the Ano Syros narrow, winding streets co-exist peacefully with the island’s history. Especially at the location Apano Meria, look for those fleeting cameo images memories are made of and lose yourself to the endless vistas the cliff offers you. 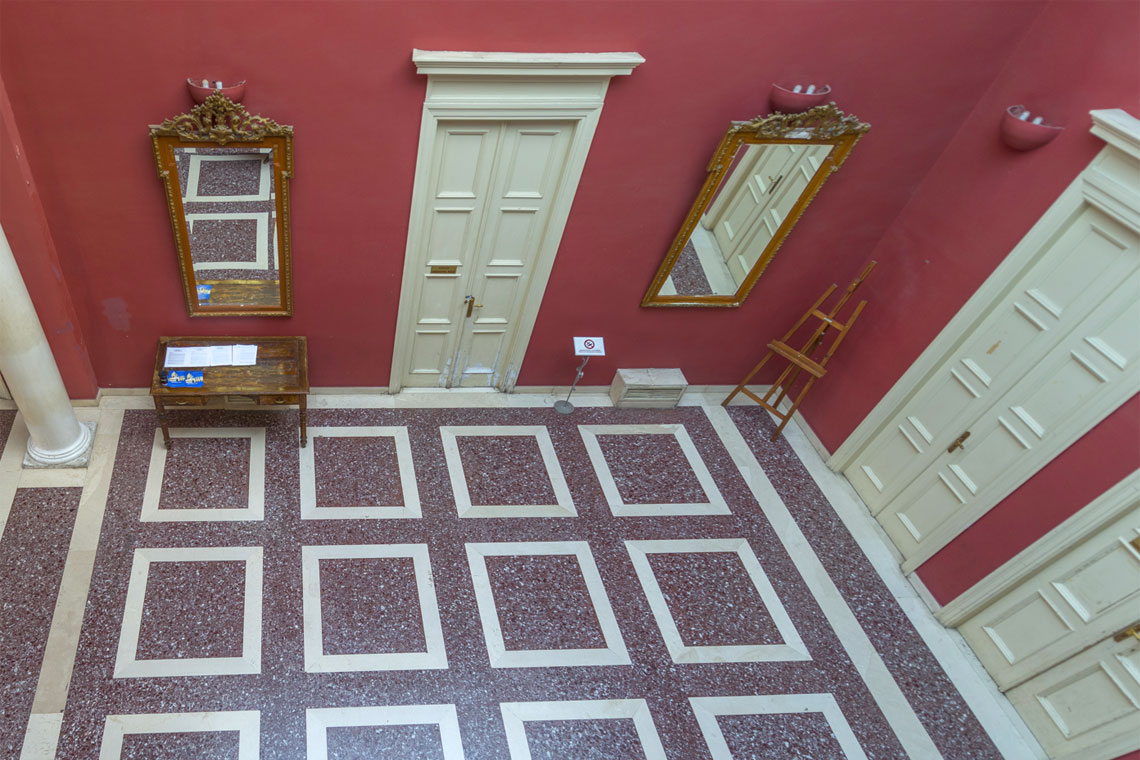 Hermoupolis architectural heritage is of such magnitude that it couldn’t but include the Cultural Center. The Center’s impressive gallery, superbly paneled walls, Tuscan-order columns, and painted interior décor are but a few of the features that make this historical building stand apart. Designed by Pietro Sampo and built in 1863 under his supervision, it has housed the “Hellas” Club in the past and its garden is graced by the presence of marble busts depicting prominent Syros intellectuals and artists. 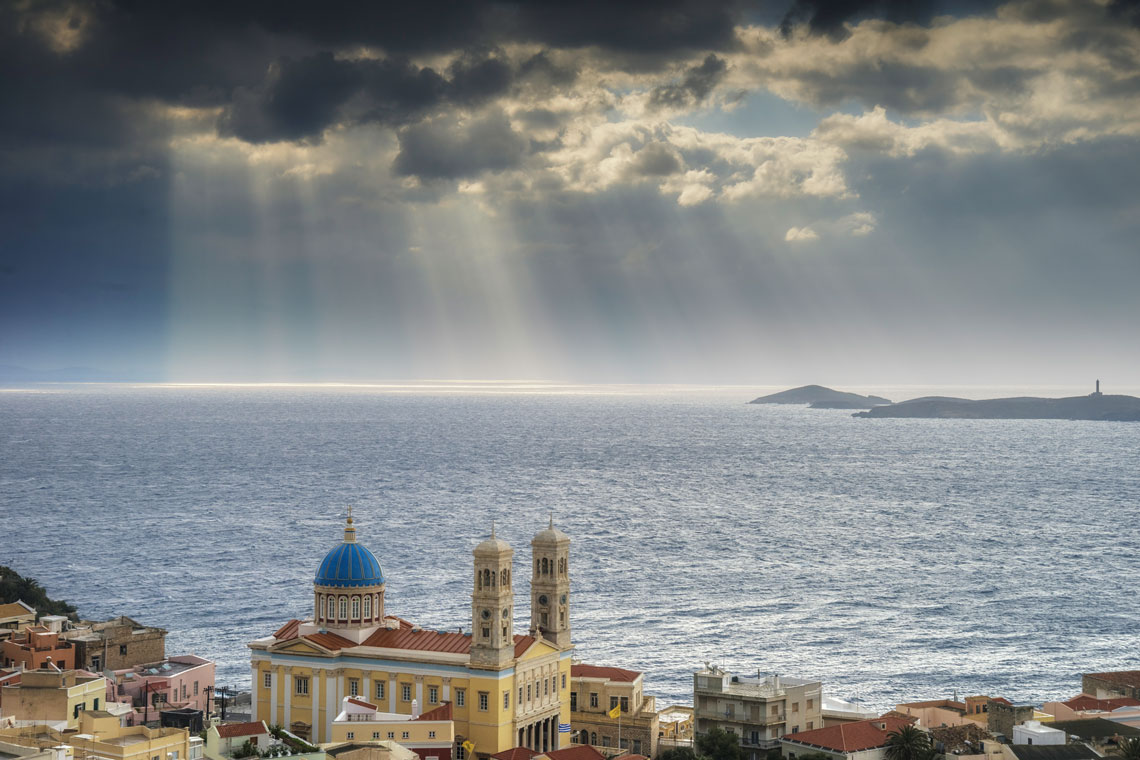 Aghios Nikolaos, the island’s patron saint, is celebrated in the titular church also known as “Aghios Nikolaos of the Wealthy”. Pre-eminent personalities helped with the construction and decoration of this magnificent church whose features include a superb templon, a stunning dome, and marble bell towers. It is located at Vaporia, a neighborhood whose beachfront is studded with old, imposing mansions. The historical Apollonos Street with its 18th-century neoclassical buildings is part of this hauntingly beautiful scene.